Seibu Group companies provide various ways for you to have fun in central urban locations, on Seibu Railway lines, and at leisure facilities in each area.

The Saitama Seibu Lions have won the league championship 23 times, the most of any team in the Pacific League, and have won the Japan Series 13 times. In the 2020 season, they hope to win their third league championship in a row and the Japan Series. A large-scale food area, indoor amusement facility, new goods shops, and more will also be opened in the 2020 season. Some seating in the MetLife Dome will be renovated, including the area behind the backstop and infield reserved seats. The spectating environment will be greatly improved for even more enjoyable services.
Moreover, the 2020 season marks the 70th year since the team name was changed to the Lions. Various events are planned in which past players will be featured. We hope you’ll keep showing your enthusiastic support for the Saitama Seibu Lions in the 2020 season! 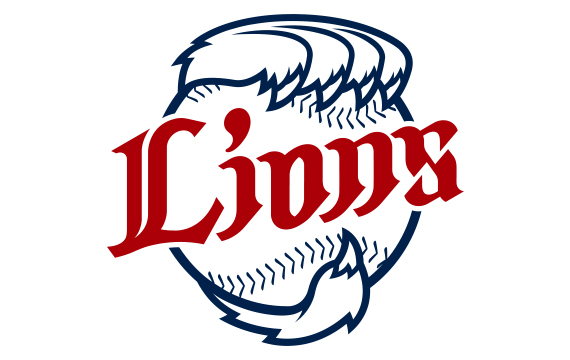 The MetLife Dome is home to the Saitama Seibu Lions, but it also hosts concerts and other non-baseball events! Yokohama Arena delivers big excitement as well. 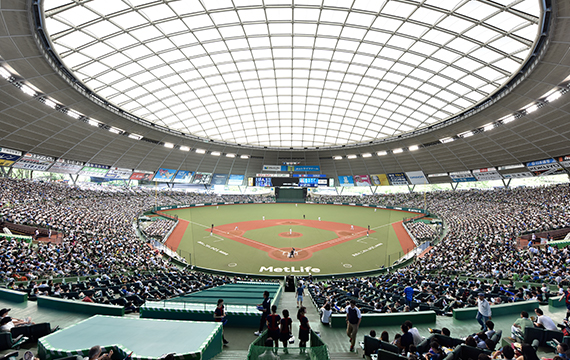 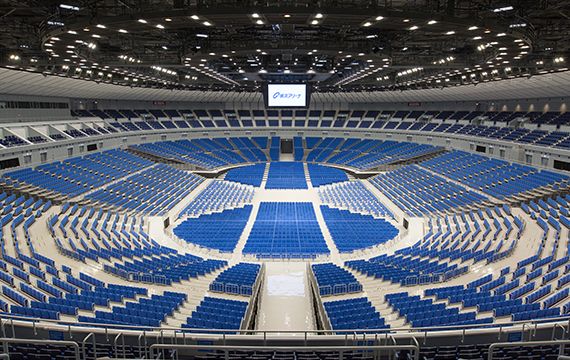 Check Out Our Multipurpose Halls!

Kusunoki Hall (Saitama)
The stage and seating can be arranged as you like, so the hall can be used for various purposes, including ceremonies and exhibitions.

Yokohama Hakkeijima Sea Paradise is both an amusement park and an aquarium. Also, we operate amusement facilities with distinctive charm, including five aquariums in different locations around Japan, Seibuen Amusement Park,which is that opens a pool in the summer. Some pools at our hotels are open at night, too. 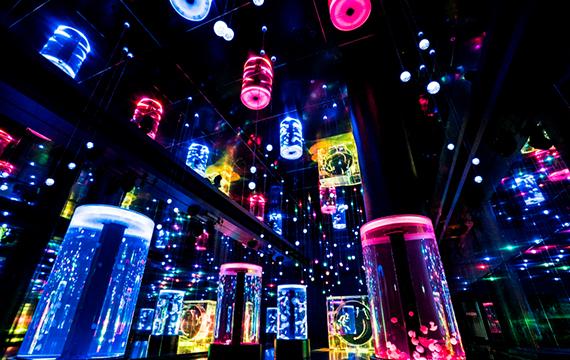 Sendai Umino-Mori Aquarium (Miyagi)
There are many sights to see, including the large tank that recreates the sea of Sanriku and the largest performance by dolphins and sea lions in Tohoku.

Izu Mito Seaparadise (Shizuoka)
This aquarium is on Suruga Bay and uses the natural inlet. The popular “Penpara” exhibit allows you to see penguins up close!
Amusement Parks and Pools

Seibuen Amusement Park (Saitama)
Enjoy different things depending on the season like fireworks at the pool in the summer and illumination in the winter.
Pools

Oiso Long Beach (Kanagawa)
This vegetative and aquatic paradise sits right in front of Sagami Bay. There are 10 different pools for all-day enjoyment.

Showa Kinen Park Rainbow Pool (Tokyo)
This pool is 63,000 m2 in size (about 1.4 times the size of Tokyo Dome), making it one of the largest in the Tokyo Metropolitan Area. Everywhere you go in here is poolside!
Hotel Pools

PRINCE HOTEL Pools
Available to staying guests. Some are open at night, too!

Inside the resort, gondola lifts, ropeways, and cable cars take you to scenic spots. There are also tour boats and amphibious buses at Lake Ashi in Hakone and Lake Biwa in Shiga. 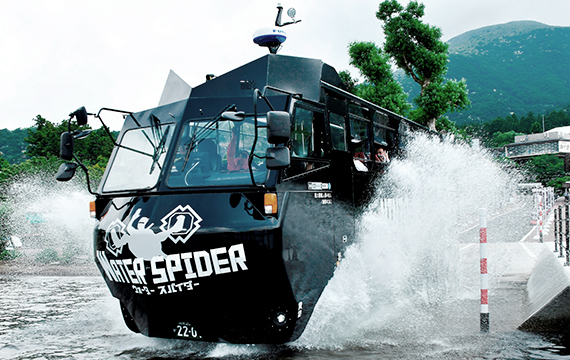 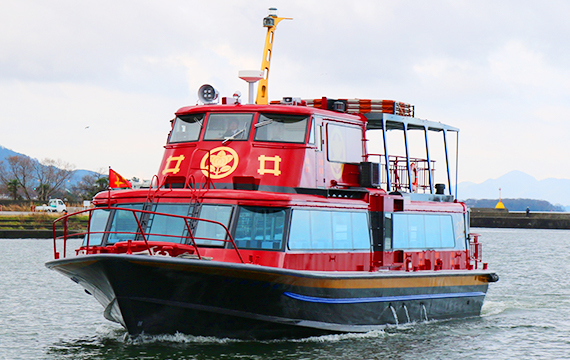 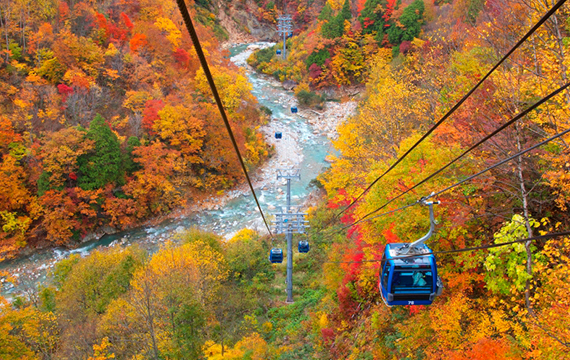 Jukkokutoge Cable Car
This cable car will take you to the summit where you can see “10 provinces.” You can even ride with your dog if it’s on a leash.

Hakone Ashinoko (Lake Ashi) Boat Cruise (Kanagawa)
This boat will take you to the four ports of Lake Ashi. The view of Mt. Fuji from the lake is something else!

NINJA BUS WATER SPIDER (Kanagawa)
An amphibious bus in Hakone, it truly looks like a ninja when it dives into Lake Ashi!
Shiga Area

Hachimanyama Ropeway (Shiga)
There are many locations on the summit, designated a mecca for lovers, that are thought to be flowing with mystical energy. You can also look out at the majestic Lake Biwa.

Lake Biwa Kankousen Ohmi-marine (Boat Cruise) (Shiga)
Visit the mystical islands of Lake Biwa, the largest lake in Japan. Come to Shiga and see its history up close.
Other

Ropeways and Gondola Lifts in Each Area
These facilities at ski resorts in each area become rides to enjoy spectacular scenery in seasons other than winter. Come and experience nature.

Prince Ice World made its debut in 1978 and is Japan’s first ice show. Enjoy performances by top skaters from Japan and overseas! 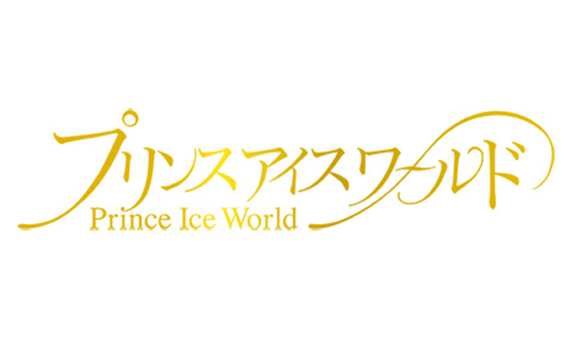 See It at These Venues!

DyDo Drinco Ice Arena
Directions: Right next to the South Exit of Higashi-fushimi Station on the Seibu Shinjuku Line 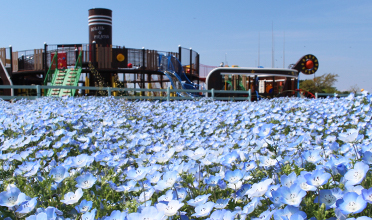 We manage and operate parks all over Japan, primarily under the lead of SEIBU Landscape. 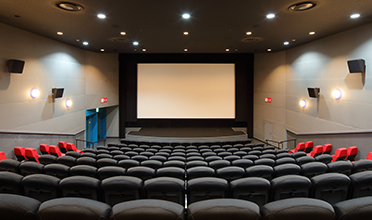 We run movie theaters in Shinagawa and in Ōizumi-gakuen on the SEIBU Railway Line. Come and see the latest movies here! 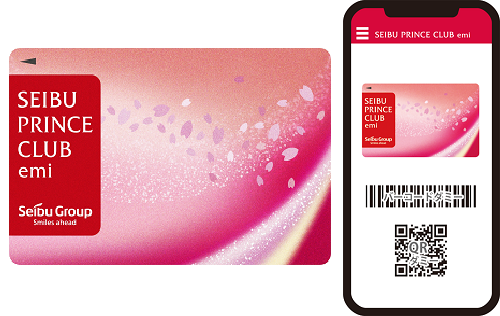 SEIBU PRINCE CLUB emi is a member service program that offers high-quality hospitality and special benefit services to ensure that overseas guests have an unforgettable time in Japan. Through this program, we will see to it that guests experience plenty of joy in all aspects of their stay in Japan.
Official Smartphone App is also available.